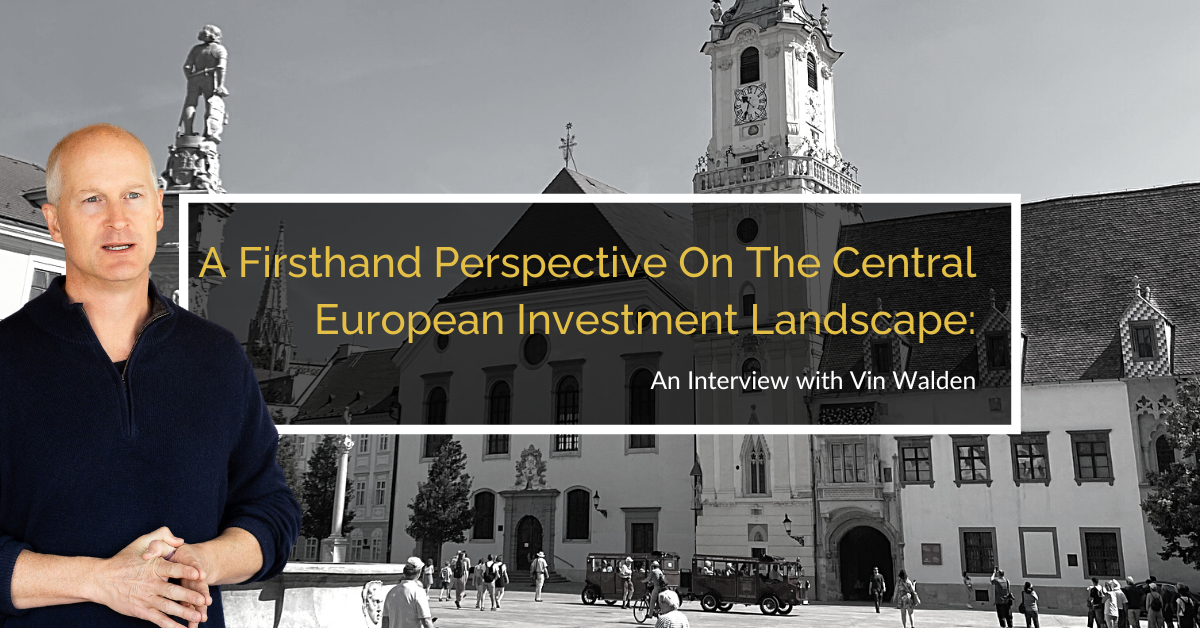 We’re all aware of the challenges investors face here in the States, but what about the rest of the world? City Different Investments portfolio manager Vin Walden recently traveled to Slovakia to investigate the European investment landscape and explore his old stomping grounds.

Vin sits down with Sarah Rogala, CDI director of marketing, to discuss the Slovak economy, war in Ukraine, supply chain issues, and what all of it means for future investment opportunities. 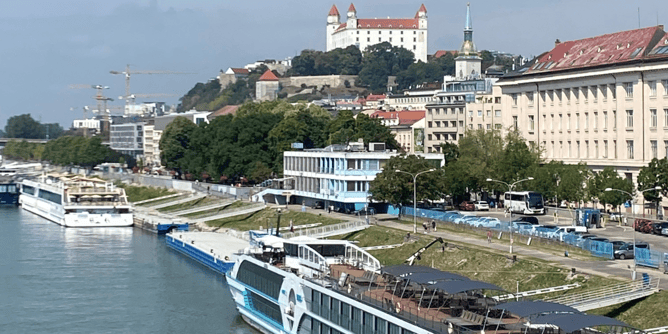 Welcome back, Vin. I know you've been out of the country — we’re all curious about where you were and what investment research you were doing.

Yes, I spent the month of July in Slovakia, where I also lived and worked just after college. After my undergrad, I got an internship through an economics student association at the General Credit Bank of Czechoslovakia. I ended up staying there for a few years. So last month, I returned to the “scene of the crime” to investigate how the country is doing.

And my report is very positive. Slovakia is a delightful country that has now transitioned successfully from a centrally planned Soviet state to a thriving, market-based capitalist economy.

Slovakia really punches above its weight in terms of manufacturing, especially auto manufacturing. It's a world leader, which is great for the economy. In a country of five and a half million people, they produce more than one million cars per year. Kia, Volkswagen, Peugeot, Land Rover — they all have big factories in Slovakia.

In terms of consumer products, companies like Adidas, Ikea, Nestle, and Apple are doing great in Slovakia. Something else I noticed (that's close to my heart) is ice cream. Slovaks have always had a real softness for ice cream. Within a two-block radius of my apartment, there must have been seven or eight ice cream shops---and a standard cone costs about $2. So, I really enjoyed that, and I’m on a diet now!

Slovakia is also a world leader in cultural heritage and historical landmarks. It’s rich with history from the Middle Ages. That's evident as you drive around the countryside. More than 150 castles and fortresses dating back as far as the 9th century are sprinkled throughout the country.

Well, it sounds like a good vacation and certainly an interesting place to visit these days. Slovakia is right next door to Ukraine. Did you notice the neighboring war impacting Slovakia?

Yes. Ukraine is about a four-hour drive from Bratislava, the capital city. With that proximity, there’s been a lot written about  the refugee crisis. I was pleased to see that the Ukrainians were mostly well assimilated into Slovakia.

One reason that’s going so smoothly, I believe, is the labor shortage. Similar to what you see in the United States, labor shortages are still chronic in that part of the world. So, there's plenty of demand in, for example, the hospitality and health care sectors for more workers. They're saying that there could be another wave of refugees when the cold weather sets in, so that will be something to watch.

Speaking of similarities to the U.S., did you witness any other issues that we're having domestically, such as inflation worries or supply chain disruptions?

Yes. The challenges we’re seeing in the U.S. closely mirror the issues in Europe. They are surprisingly similar, in fact.

Inflation is on everyone's mind, and it followed an intensity similar to the United States. The cycle timing is about the same, too. For the past several years, prior to the pandemic, Slovakia had been growing nicely with low inflation. Then in the second half of last year (continuing into this year), inflation became a real problem. In fact, the Slovak’s statistical office reported that inflation reached 13% in June. It seems to be peaking and cooling down now. But inflation has been a big problem, led by food and transportation prices.

Did you see any food shortages?

Affordability is a challenge, more so than previous years. People are talking about it. And complaining about it. And that’s the reality across the country. But I didn't notice any  visible symptoms of a food shortage.

Can you explain a little bit about how Russian energy dependencies are impacting the area?

Slovakia is one of many Central European countries that's very dependent on natural resources, especially gas, from Russia. Austria, Hungary, the Czech Republic, and Slovakia get the majority of their gas from Russian pipelines. In Slovakia, about 85% of their gas comes from Russia. So, there's a big question mark around that now; Russia has already shown signs of using energy as leverage in the geopolitical landscape.

But happily, Slovakia also has a lot of nuclear power in the country. They embraced nuclear long ago. They currently have four nuclear reactors; two more are under construction. It wouldn't surprise me if they announced additional construction soon. Europe now has an even greater impetus to go green and wean themselves off Russia as an energy supplier.

Makes sense. So, based on all your research, what investment opportunities are you seeing? What can we learn from your trip?

From a European perspective, Slovakia is still very affordable. It's a wonderful place to visit — a rich area for tourism and future foreign investment.

I think there are investment opportunities in various areas. We’ve talked about energy before, but in my opinion energy, power, and gas will all be growth areas in Europe in the coming years. I mentioned nuclear power. Slovakia growing its nuclear reactors from four to six might not sound like much, but it’s huge in terms of growth rate. And we’re invested in nuclear energy.

And we have our investment in Golar LNG, which we’ve written about previously. Then there’s the consumer sector. Consumer product companies, as I mentioned, have a bright future. For most of the country, there's a lot of room to grow for companies like Apple, Adidas, or Procter & Gamble.

So those are areas we’ll track and see where we can pounce.

Well, it sounds like a fun research assignment — send me next time! Thank you for sharing your insights, Vin.

It was my pleasure.

IMPORTANT DISCLOSURES
The information and statistics contained in this communication have been obtained from sources we believe to be reliable but cannot be guaranteed. Any projections, market outlooks or forecasts discussed herein are forward-looking statements and are based upon certain assumptions. Other events that were not taken into account may occur and may significantly affect the returns or performance of these investments. Any projections, outlooks or assumptions should not be construed to be indicative of the actual events which will occur. These projections, market outlooks or estimates are subject to change without notice. Please remember that past performance may not be indicative of future results. Different types of investments involve varying degrees of risk, and there can be no assurance that the future performance of any specific investment, investment strategy, or product, or any non-investment related content, made reference to directly or indirectly in this communication will be profitable, equal any corresponding indicated historical performance level(s), be suitable for your portfolio or individual situation or prove successful. Due to various factors, including changing market conditions and/or applicable laws, the content may no longer be reflective of current opinions or positions. No discussion or information contained herein serves as the provision of, or as a substitute for, personalized investment advice. To the extent that a reader has any questions regarding the applicability above to his/her individual situation of any specific issue discussed, he/she is encouraged to consult with the professional advisor of his/her choosing. City Different Investments is neither a law firm nor a certified public accounting firm and no portion of this content should be construed as legal, tax, or accounting advice.

Visitors to the City Different Investments web and social media sites are asked to read these terms.